Hi my name is Dany and I am what you may call a pretty big Iron Fist fan. On instagram and twitter I am @thedanyrand (I went with the one "n" cause I saw an old Irish fighter with that and being mostly Irish I took it), I have his first appearance issue (Marvel Premiere #15), 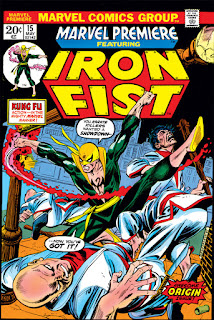 and there may or may not be a tattoo of Shou Lao in the mix. So before I give my impressions on the Netflix version you know I am not only a fan but pretty familiar with the character. Iron Fist has been my favorite comic character for years and years so I was beyond pumped when I heard he was getting his own show. Now I wanted to give myself a bit of time to watch Iron Fist and not just pull the usual binge watching move and as I was watching I would see reviews pop up about how it is basically terrible. So real quick I wanted to run down my thoughts and see what you all have to say about it. Let it be said now I have finished the show and will be bouncing around it a but so this is your spoiler warning.

Firstly I want to touch on the big talking point from before it even aired. Should Iron Fist be Asian? As a recap let me just say Danny is not the first or only Iron Fist. Danny is the 66th and most of them have been Asian. That was something that I always liked about the character he was the outsider who won the title and became the protector of K'un Lun. So you can use an Asian Iron Fist but to fit with the other characters especially Luke Cage, Cage and Danny were known for years as the Heroes for Hire and are best friends in the books, they were best off using the Danny Rand that we see on the show.

Now to get to the show itself and how I think it breaks down. It seems like critics across the board hated it but a lot of fans liked it. For what it's worth I liked it too. It told a pretty good story that not only tied in a lot of Iron Fist lore but also made the most out of what has been established throughout the other Netflix series. Now that doesn't mean it is perfect or that I don't think it had problems. The biggest one for me is the fighting. There are a few good fights and I was stoked when Danny and Davos squared off for a bit but it was slow moving and you could tell Finn Jones wasn't a martial artist. As anyone who ever tried duplicating a move they saw JCVD do in Kickboxer (don't give me that look I know you did it too) knows martial arts are not easy. I read that Finn only got about 3 weeks of training in before schedules got crossed and he was training on set during filming. So I can see the fights not being their best and I hope that for the defenders he will be a bit more polished.

As far as the story went I liked that they didn't go overboard on trying to show too much of K'un Lun and especially Danny fighting Shou Lao. A guy fighting a dragon sounds rad but that is a tall order to pull off well in a movie much less a tv show. We got to see the heroin from the very first Daredevil season be worked into and followed up on here. As soon as I saw the Steel Serpent logo I knew we were looking at Crane Mother and have waited a long time to see that pay off and I think they did it really well. There were a few more nods to the comics as there always are but the other big stand out was seeing the Bride of Nine Spiders pop up and look so comic accurate. 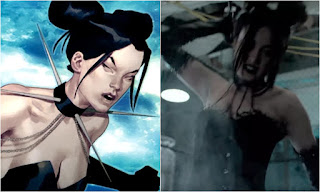 The karaoke singer turned fighter also in that episode was a character called Scythe who was in Marvel Premiere #16. Not nearly as notable but a cool nod to the fans. The other standout moment was seeing Orson Randall who was the Iron Fist before Danny. He is the one you see in the old clip that Bakuto shows Danny in episode 10.

Now before I nerd out any harder I am going to stop myself and ask what you all thought.  What did you like? What did you hate? What do you hope to see in the recently announced Defenders show? One last thing- if you are interested in the character of Iron Fist and want to check out some of his comic work then what I think is one of if not his best run is the Immortal Iron Fist run from 2007. You can get them as trades pretty easily or download digitally. If you want to look like the kinda person who can go off for 15 years then come back to NY and take on an evil cult of ninja's then we have the shirt for you. Pick up your own Rand Enterprises tee online here 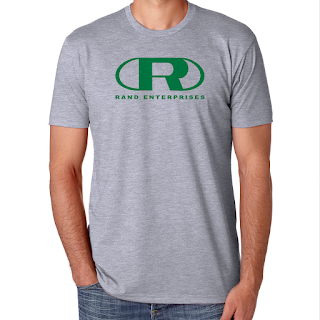